If I were a kid and it was summertime what would be so awesome?
Popsicles at my beck and call!
There was a great recipe for Fudge Popsicles on Smitten Kitchen that just had to be made. My son, 34 months, would be the taste tester. And then if it goes well, I think to myself, we'll do more! Well, it took all summer to find the darn popsicle molds (and my sister to find them to boot) Real cool Jets. But hey, its end of August and there's still lots of popsicle time left.
Heck, a kid will eat a popsicle during a snow storm they're so fun!

So here's how it finally went down.
I say to my son at 7pm, "Want to help me make popsicles?"
He says "Yay!"
I think there's lots of time before his 7:30 bed time. There will be no problem to squeeze it in.
Duh me. I always do this. Preparation takes forever and then the thickening of the fudge... Boo me. Its bed time for bonzo and I'm only half done. 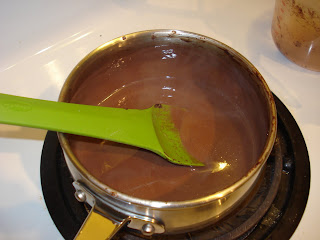 So I carry on on my own and get them in the freezer so he can have them tomorrow after the park. 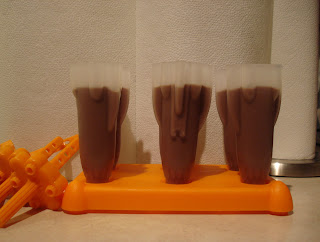 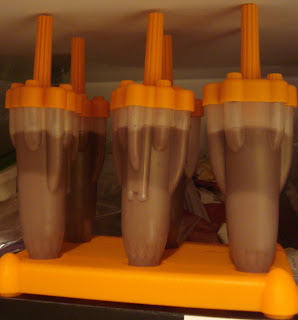 But then we forget.
And we forget.
Aaaaaand forget.
But today, 3 days later, I finally remembered! Hallelujah!
I think he liked it. 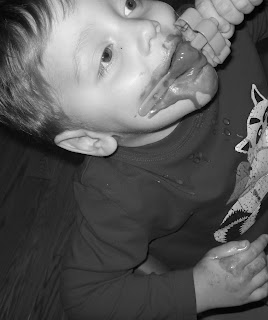